Good Christian Girls Get Abortions Too 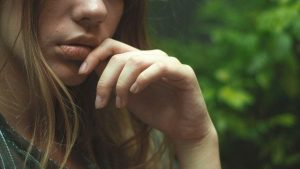 Just recently I learned that someone I love dearly had an abortion many years ago.She told me that it was a decision she had to make at the time because she was a good Christian girl and good Christian girls just don’t get pregnant before they get married.She made an appointment, went to the clinic by herself, and kept it a secret even from her soon to be husband for more then a year.Only now, years later, has she begun the healing process that could have begun immediately.

Yes, abortion is wrong and people of faith should certainly feel outraged at our nation’s legality of it.We must make every effort to end abortions in our country, to pray for our leaders who would champion life-saving legislation, and to let our voices be heard on this vital matter.But in doing this, are we becoming so “righteous” that we judge those on the other side of this fight?Are we even aware that we have girlfriends, neighbors, family members close to us that have gone through this excruciating pain?

I’m drawn to a few verses in the Bible that have always baffled me.Paul tells the Philippian believers to not merely look out for [there] own interests but also for the interests of others… to have the same attitude in themselves that was in Christ Jesus.The letter than goes on to tell exactly what kind of attitude Jesus had.He emptied himself, he humbled himself, he became obedient even to death on a cross. WOW!

This pro-life battle that we are so very much engaged in has to mean more then changing a law.We have to be ready to show compassion for those who need it.We must welcome those who feel unloved and rejected because of one decision.We are compelled to be obedient to Jesus who calls us to follow His example and simply LOVE.It is this attitude in the mind of Christ that changes lives and hearts.It is this attitude that we have to model to see any change in the lives affected by abortion that are all around us.I encourage you to spend some time reading the entire chapter of Philippians 2 – it will change the way you see things for sure.

To my girlfriend who is just now beginning to tell her story and receive healing, I am so proud and amazed by you!Thank you for entrusting such an intimate part of you’re life to me.