Is The Abortion Pill A Quick Fix? 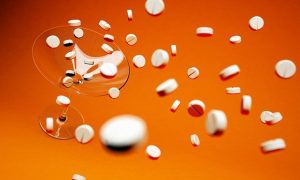 The abortion pill is often made out to be a “quick fix” to an unplanned pregnancy. If you don’t know much about it, it seems like it would be a fast, safe, and effective option to end your pregnancy and move on.

Although the abortion pill sounds like it would be the easiest choice, it often comes with long lasting trauma emotionally and even possible physical risks. Many women and men think the abortion pill is a safe option to get rid of their unplanned pregnancy because it is legal, but they are often not informed by an abortion clinic or their doctor about the possible risks involved with this choice.

However, we believe it is important for everyone to know all the facts before making this life changing decision.

An abortion pill is also referred to as a medical abortion, it involves taking two drugs to end and expel a pregnancy. The pills are prescribed by a doctor at a clinic. This type of abortion is only available through the first 10 weeks of pregnancy.

The first drug, mifepristone, is typically taken at the clinic. It ends the pregnancy by blocking your body’s production of progesterone, also known as the “pregnancy hormone.” Without this hormone, the pregnancy cannot grow, so mifepristone causes the fetus to pass away.

The second drug, misoprostol, is taken at home between 24-48 hours after mifepristone. It will cause contractions to expel the fetal tissue from the uterus. You may experience fatigue, fever, blood clotting, and extreme cramping during this phase of the abortion.

A follow up visit to the doctor’s office or clinic where you got the pills is necessary two weeks after the abortion to ensure it was fully completed.

Although many people are aware of the physical risks as with any medical procedure, people often overlook the possible emotional impacts of abortion. Studies have shown that many women and even men suffer from emotional trauma after an abortion, whether medical (the abortion pill) or surgical. This trauma is similar to PTSD and is known as post-abortion stress syndrome (PASS) or after abortion trauma. Women and men have reported feeling intense emotions such as regret, guilt, anxiety and depression both instantly and many years after their abortion. When untreated, studies have shown that PASS can lead to substance abuse, self-harm, sexual escape, eating disorders and even anxiety around children. If someone is unaware of this type of trauma, they might not know why they feel these intense emotions or why they’re dealing with these types of addictions. The long-term emotional effects can be devastating for women and men because they are not informed of how an abortion can impact you both mentally and emotionally.

The abortion pill is not a a quick fix, you need to be informed and gather critical information about your pregnancy and consider the risks.

Second, you’ll want to schedule STI testing. Untreated STIs can cause problems with future fertility and also pose threats to your current pregnancy or abortion.

Finally, make sure you take the time to fully examine all of your options. Many women rush to get an abortion they later regret because it’s not really what they wanted. If you’re feeling pressured to abort, know that your pregnancy decision is yours alone to make.

We offer all of the above pregnancy services free of charge so you can make an empowered choice. Contact us today to schedule your appointment.